WHO Ten Threats to Global Health in 2019 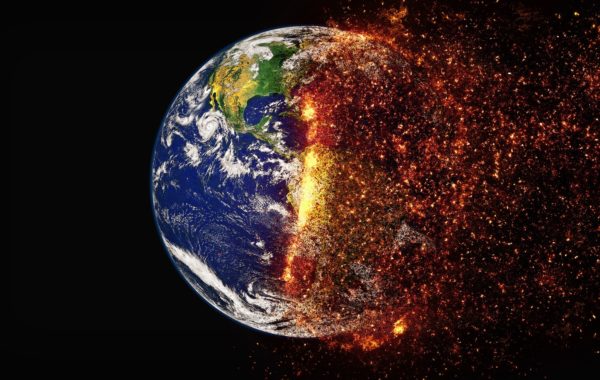 WHO: Ten Threats to Global Health in 2019

Brought to you by Dr. Zach

The WHO listed 10 threats to global health in 2019.  All are important. Several are especially relevant to North America.

The WHO Ten Threats to Global health in 2019 are:

Nine out of ten people breathe polluted air every day. In 2019, air pollution is considered by WHO as the greatest environmental risk to health. Microscopic pollutants in the air can penetrate respiratory and circulatory systems, damaging the lungs, heart and brain, killing 7 million people prematurely every year from diseases such as cancer, stroke, heart and lung disease. Around 90% of these deaths are in low- and middle-income countries, with high volumes of emissions from industry, transport and agriculture, as well as dirty cookstoves and fuels in homes.

The primary cause of air pollution (burning fossil fuels) is also a major contributor to climate change, which impacts people’s health in different ways. Between 2030 and 2050, climate change is expected to cause 250 000 additional deaths per year, from malnutrition, malaria, diarrhoea and heat stress.

Non-communicable diseases — such as diabetes, cancer and heart disease, are collectively responsible for over 70% of all deaths worldwide, or 41 million people. This includes 15 million people dying prematurely, aged between 30 and 69.

The rise of these diseases has been driven by five major risk factors: tobacco use, physical inactivity, the harmful use of alcohol, unhealthy diets and air pollution.

Fragile and vulnerable settings — More than 1.6 billion people (22% of the global population) live in places where protracted crises (through a combination of challenges such as drought, famine, conflict, and population displacement) and weak health services leave them without access to basic care.

Antimicrobial resistance — The development of antibiotics, antivirals and antimalarials are some of modern medicine’s greatest successes. Now, time with these drugs is running out. Antimicrobial resistance – the ability of bacteria, parasites, viruses and fungi to resist these medicines – threatens to send us back to a time when we were unable to easily treat infections such as pneumonia, tuberculosis, gonorrhoea, and salmonellosis. The inability to prevent infections could seriously compromise surgery and procedures such as chemotherapy.

Drug resistance is driven by the overuse of antimicrobials in people, but also in animals, especially those used for food production, as well as in the environment. WHO is working with these sectors to implement a global action plan to tackle antimicrobial resistance by increasing awareness and knowledge, reducing infection, and encouraging prudent use of antimicrobials.

Ebola and other high threat pathogens —

Vaccine hesitancy — Vaccine hesitancy – the reluctance or refusal to vaccinate despite the availability of vaccines – threatens to reverse progress made in tackling vaccine-preventable diseases. Vaccination is one of the most cost-effective ways of avoiding disease – it currently prevents 2-3 million deaths a year, and a further 1.5 million could be avoided if global coverage of vaccinations improved.

Measles, for example, has seen a 30% increase in cases globally. The reasons for this rise are complex, and not all of these cases are due to vaccine hesitancy. However, some countries that were close to eliminating the disease have seen a resurgence.

The reasons why people choose not to vaccinate are complex; a vaccines advisory group to WHO identified complacency, inconvenience in accessing vaccines, and lack of confidence are key reasons underlying hesitancy. Health workers, especially those in communities, remain the most trusted advisor and influencer of vaccination decisions, and they must be supported to provide trusted, credible information on vaccines.

In 2019, WHO will ramp up work to eliminate cervical cancer worldwide by increasing coverage of the HPV vaccine, among other interventions. 2019 may also be the year when transmission of wild poliovirus is stopped in Afghanistan and Pakistan. Last year, less than 30 cases were reported in both countries. WHO and partners are committed to supporting these countries to vaccinate every last child to eradicate this crippling disease for good.

Dengue — Dengue, a mosquito-borne disease that causes flu-like symptoms and can be lethal and kill up to 20% of those with severe dengue, has been a growing threat for decades.

HIV — The progress made against HIV has been enormous in terms of getting people tested, providing them with antiretrovirals (22 million are on treatment), and providing access to preventive measures such as a pre-exposure prophylaxis (PrEP, which is when people at risk of HIV take antiretrovirals to prevent infection).

However, the epidemic continues to rage with nearly a million people every year dying of HIV/AIDS. Since the beginning of the epidemic, more than 70 million people have acquired the infection, and about 35 million people have died. Today, around 37 million worldwide live with HIV. Reaching people like sex workers, people in prison, men who have sex with men, or transgender people is hugely challenging. Often these groups are excluded from health services. A group increasingly affected by HIV are young girls and women (aged 15–24), who are particularly at high risk and account for 1 in 4 HIV infections in sub-Saharan Africa despite being only 10% of the population.

By 29 January, Clark county public health (CCPH) in Washington state had identified 36 confirmed cases of measles and 12 suspected cases. Twenty-five cases involved children under 10, 32 of those affected had not been immunized, and the remaining four had an unconfirmed vaccination status.

A rapidly escalating measles outbreak near Portland, OR has led local health officials to declare a public health emergency, with 44 confirmed cases, almost all in unimmunized children. Meanwhile, New York and New Jersey have been facing a similar crisis over the past few months, with over 200 confirmed cases of the measles tearing through the ultra-orthodox Jewish communities in the area, where individuals are also largely unvaccinated. The Centers for Disease Control reports that 2018 had the second-highest number of annual measles cases since measles was eliminated in the U.S. in 2000.

The fact that the measles spreads so rapidly through unprotected populations should be no surprise. Measles is among the most highly infectious viral diseases known, and up to 90% of non-immune exposed individuals will catch the disease. The measles virus lives in the throat and nasal mucous of the infected patient, and spreads by a means known as droplet transmission. A patient harboring the measles virus can cough or sneeze in an enclosed airspace and the shed measles virus can float there for up to two hours, a malignant invisible cloud waiting to attach to the next unsuspecting victim who walks through, long after the first patient has come and gone. Furthermore, infected individuals are contagious for up to 4 days before evincing signs of the characteristic measles rash, and if not put in quarantine, can continue to infect others for up to four days afterwards. In the current Portland outbreak, public health officials have determined that during their window of infectivity, patients with the measles had visited schools and churches, Costco, Ikea, and Concourse D of the Portland International Airport, exposing all those moving unsuspectingly in their wake.

Some people may suffer from severe complications, such as pneumonia (infection of the lungs) and encephalitis (swelling of the brain). They may need to be hospitalized and could die. As many as one out of every 20 children with measles gets pneumonia, the most common cause of death from measles in young children.

Vaccine benefits and limitations — Immunization is one of the most effective preventive health measures. In 2014, the Centers for Disease Control and Prevention (CDC) estimated that, among children born from 1994 through 2013, vaccination would prevent 322 million illnesses, 21 million hospitalizations, and 732,000 deaths.

However, it is important to acknowledge the limitations of vaccines: They are neither 100 percent effective nor are they completely risk free. Although provision of this information helps to establish credibility, it must be placed in proper context, particularly for parents who tend to overestimate the risks of vaccines and underestimate the risks from vaccine-preventable diseases

Last October, the Center for Disease Control issued a report saying that the number of young children who aren’t getting vaccinated in the United States quadrupled between 2001 and 2015. This shift has led to significant measles outbreaks in the U.S. over the past several years, including one that reached over 100 people in 2018, per USA Today.

While studies have shown that uninsured and Medicaid-insured children are less likely to receive vaccinations, a significant number of children are not being vaccinated because their parents worry about alleged links between autism and vaccine.  However, there are no links between the two.

Image by Pete Linforth from Pixabay