Chronic Inflammation May Be Making You Sick 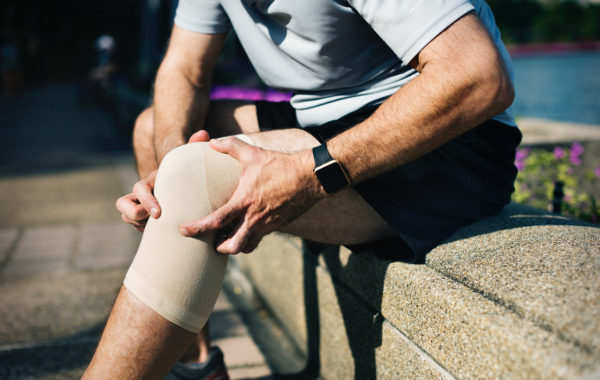 We recently discussed how modern medicine is recognizing infectious microorganisms as the cause for diseases like ulcers, which were previously thought to be from other causes.  Another area of great new interest is how chronic inflammation is related to disease.

What is inflammation? It is the body’s way of signaling the immune system to heal and repair damaged tissue, as well as defend itself against foreign invaders, such as viruses and bacteria.  Inflammation is a vital part of the immune system’s response to injury and infection.

Autoimmune diseases include rheumatoid arthritis, Lupus, Multiple Sclerosis, and Inflammatory Bowel Disease (Crohn’s disease and Ulcerative Colitis), among others.  These diseases are treated with therapies aimed at the damage done and also at suppressing the inappropriate inflammation with antiinflammatory medications.

While inappropriate inflammation has been recognized as a cause of disease for many years, it is only recently that other ailments are being linked with chronic inflammation.  Unlike the inflammation that follows a sudden infection or injury, the chronic kind produces a steady, low level of inflammation within the body that can contribute to the development of disease. Low levels of inflammation can get triggered in the body even when there’s no disease to fight or injury to heal, and sometimes the system can’t shut itself off. Arteries and organs break down under the pressure, leading to other diseases, including heart disease, stroke, diabetes, cancer, and Alzheimer’s disease.

Chronic inflammation is largely asymptomatic.  There are some blood tests which doctors use to measure inflammation in the body.  People with higher levels of these markers, including CRP (c-reactive protein) and ESR (erythrocyte sedimentation rate) are at higher risk for such diseases, probably due to the damage done to the organs by chronic inflammation.

What foods should we not eat?

We know that certain foods increase inflammation, including refined carbohydrates, such as white bread and pastries, french fries and other fried foods, soda and other sugar-sweetened beverages, red meat (burgers, steaks) and processed meat (hot dogs, sausage), and margarine, shortening, and lard.  We should include less of these in out diet.

What foods should we eat to decrease inflammation?

Foods that have antiinflammatory effects include tomatoes, olive oil, green leafy vegetables, such as spinach, kale, and collards, nuts like almonds and walnuts, fatty fish like salmon, mackerel, tuna, and sardines, and fruits such as strawberries, blueberries, cherries, and oranges.  We should include more of these in our diet.

Other things we can do to decrease inflammation are to get plenty of sleep, lower stress levels, and seeking out treatment for conditions known to be associated with inflammation, such as gum disease (see your dentist) and high cholesterol levels (see your doctor). Avoid contact with heavy metals such as mercury, found in high levels in some large fish, and limit exposure to substances, such as diesel exhaust and cigarette smoke, that can set off the immune system.

Inflammation is an essential element of a healthy body, but like many healthy things it is possible to have too much of a good thing.  Inflammation can be harmful if it affects an organ that is healthy, and it can cause long-term damage if it simmers chronically. Doctors are studying the effects of chronic inflammation looking for better ways to detect it and to treat it.  Right now the best things we can do to combat chronic inflammation are to eat well (avoid pro-inflammatory foods and eat more antiinflammatory foods), exercise, take care of our mouths, and not smoke. See your doctor for more information.

In terms of how much exercise, and what kind, recommendations are as follows:

Strength training can include use of weight machines, one’s own body weight, resistance tubing or resistance paddles in the water, or activities such as rock climbing.

In general people should aim for 30 minutes of moderate physical activity every day.

Reducing sitting time is important, too. The more hours you sit each day, the higher your risk of metabolic problems. Sitting too much can negatively impact your health and longevity, even if you get the recommended amount of daily physical activity.

Even brief bouts of activity offer benefits. For instance, if you can’t fit in one 30-minute walk during the day, try a few five-minute walks instead. Any activity is better than none at all. What’s most important is making regular physical activity part of your lifestyle.