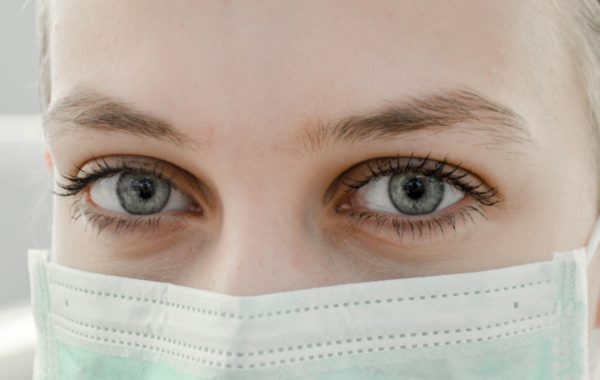 Medical myths are false beliefs about our health and healthcare that we pass on to each other with the best of intentions.  Indeed many doctors believe certain medical myths. In this episode we’ll bust a few common ones.

We have all experienced the common cold.  It is an infection caused by one of a number of viruses, most commonly rhinovirus.  Many studies have been done on this topic, and the result it clear – going out in the cold does not cause you to get a cold.  The myth may come from the name of the illness, or may come from the fact that more people tend to catch colds in the winter because the virus lives longer in cold environments and because people tend to spend more time indoors in closed environments where they share germs.  But you can go out in the cold without fear of the cold causing you to catch a cold. Sleep deprivation has actually been shown to be associated with an increased risk of catching a cold, perhaps because your defences are down. But the cause of a cold is always a virus, and if you’re not exposed to it you won’t catch it no matter how tired or cold you are.

This is a common myth but is a myth nonetheless.  Reading in dim light has not been shown to cause any permanent damage to the eyes.  Some people feel that their vision is a bit blurred or have a headache temporarily after reading in dim light because they have strained but again this is temporary, not permanent.  The same is true of watching TV too close to the screen – it causes no permanent damage to the eyes. This goes for other screens as well.

Looking at a screen for long periods of time, similarly, can cause some strain or fatigue but not permanent eye damage.

This is not to make light of insomnia.  Some people really suffer from it, and, if so, you should see your doctor.  But part of insomnia is worrying about the effects of not getting enough sleep; it’s a vicious cycle.

Most people need an average of 7 to 9 hours of sleep per night.  Many people worry that they don’t get enough sleep and that it affects their health.  There is some evidence that sleeping too little puts extra strain on your cardiovascular system, but there has also been at least one study showing that people who sleep too much live less long.  So the jury is still out. What is most important is to sleep enough so that you don’t feel tired and are able to function properly. Tips for improving sleep include:

-avoiding alcohol and caffeine before bed

-regular exercise but not just before bed

Sleep medications can be effective but should only be used occasionally.

The color of your sputum (aka snot, phlegm – the stuff that comes out of your nose and/or that you cough up when you are sick) does not indicate whether or not you need antibiotics.  Antibiotics are medications that treat bacterial illnesses, like strep throat and many pneumonias. They are not useful in treating viral illnesses, like the common cold or the flu. If you are ill and have colored sputum it is reasonable to visit the doctor.  By asking you questions and examining you, and doing other tests if necessary, your doctor can determine if you have a viral or a bacterial illness, and treat you with antibiotics if necessary. If you have a viral illness like the common cold, your body’s immune system will eventually take care of healing you.  In the meantime certain medications may be useful in treating your symptoms so you don’t feel as rotten, but antibiotics will not help fight a viral illness – your natural defences will.

The most common vaccine given to older adults is the flu vaccine.  It is formulated to prevent the flu, which is a serious infectious illness that kills thousands of people every year, especially the elderly, the very young, and people with chronic illness.  The vaccine is therefore recommended especially to the elderly, the very young, people with chronic illness, and people who work with these populations (like healthcare workers). The vaccine is available by injection and by nasal spray (recommended for ages 2-49).  The injection is a dead virus which cannot cause the flu but may cause a bit of muscle ache and rarely a temporary unwell feeling. The inhaled vaccine is a weakened virus which, even if it causes a mild illness, will cause one much less severe than the actual flu. Remember that it is always better to prevent an illness than to treat it, and there is no cure for the flu.  So get the vaccine, and prevent it. You most likely will not get sick, and if you do, you’ll be less sick than you would be if you caught the flu.

Urinary tract infections are caused by bacteria, usually bacteria that come from the gut.  Until later adulthood they are more common in women, because women have a shorter urethra (tube from outside into bladder) so the bacteria have less distance to climb from the outside into the bladder.  Ways to decrease the risk of catching them are wiping your bum from front to back, urinating after sexual intercourse, stay well hydrated, and urinate when you have to.

Sitting on a cold toilet seat is uncomfortable, but it has no effect on whether or not you catch a urinary tract infection.

There is so much health information available these days that it can be confusing.  Find sources and people you can trust and inform yourself about the facts before you make any decisions about your health.