Staying safe and healthy in the extreme cold and stormy weather 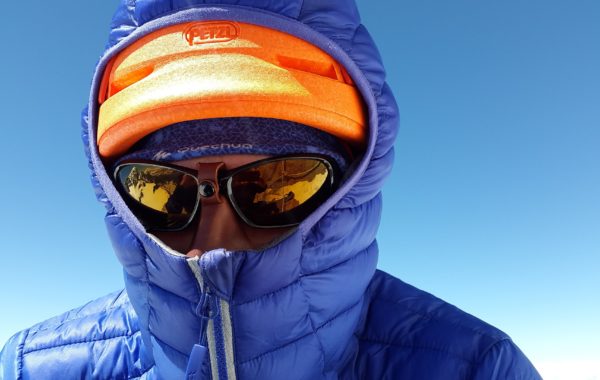 Warning signs of hypothermia include shivering, exhaustion, confusion, incoordination, memory loss, and slurred speech.  In infants you might note very low energy and bright red, cold skin. Any body temperature under 35 degrees celcius is hypothermia, but the lower the temperature, the more damage can result.

What should you do in case of hypothermia?  Get medical care as soon as possible. In the meantime, get the victim to a warm place.  Remove wet clothing, and warm the person, such as in a warm blanket. Warm beverages can help the person to warm up as well.

Even a drop to just the 32-35oC range triggers the process, marked by constant shivering, tiredness, fast breathing and other symptoms.

Below the 32oC mark, characterized as moderate hypothermia, sufferers might actually begin to act like they are intoxicated, with poor coordination, slurred speech, visible confusion and declining judgement. Their breathing starts to slow also, a process called hypoventilation.

They may also stop shivering. That is a bad, bad sign, and in their mental state, they may not even realize their body temperature is at life-threatening levels.

And when the body temperature falls below the severe level 28oC, at least nine degrees below optimal, that’s when the greatest risk of death comes.

In fact onlookers may think the victim is dead already. At about that point, they’ll lose consciousness, their breathing will become too shallow to detect, if it doesn’t stop altogether, their pulse will be weak, irregular or absent, and their pupils will be dilated.

But before it reaches that point, remember where we said moderate hypothermia symptoms include confusion and loss of reason? That can take some bizarre (and sinister) forms.

You’re so confused you start undressing

It’s not common, but it happens: People who have been found after dying of hypothermia seem to have doffed their clothes in their final throes. This climbing website tells of stories where whole groups have been found dead on the mountainside naked, with the clothes folded neatly nearby.

There’s even a word for it: ‘Paradoxical undressing.’

Frostbite — An injury to the body caused by freezing.  It most commonly affects areas that are extremities and that are uncovered, such as the nose, ears, cheeks, fingers, and toes, especially in those with reduced blood circulation.  If recognized early, frostbite can be mild, but if left untreated it can lead to severe damage or loss of the frostbitten body part.

When cold the body shunts the blood to vital organs and vasoconstricts the extremities.

Signs of frostbite include a white or gray skin colour, numbness, and firmness or waxiness of the skin.  It is wise to warm or cover any area that begins to feel painful or turn red in the cold because once frostbite sets in the area may be numb and more damage may result without you feeling it.

Frostbite can be associated with hypothermia, another serious condition that is caused by the cold, and which we’ll discuss another time.  Tips: get warm, do not walk on frostbitten toes, put the frostbitten part into warm water or warm the area with body heat. Be careful not to burn the affected area which may well be numb.

As always, prevention is better than treatment.  Dress properly

Welcome to the wonderful world of frostbite. Unlike its cousin, frostnip, which only freezes the skin and feels like its burning or tingling, frostbite can freeze not just the skin, but muscles, tissues and fat beneath it.

You’re especially at risk of this if you’re not wearing proper gear, and the wind chill is particularly stiff.

When wind chill values reach lower than -40, as they have done several times on the Prairies and northern Ontario this season, your skin can freeze within minutes.

And the longer you’re exposed, the more likely it is that the damage becomes widespread, to the point of possibly requiring amputation, even if you do manage to find medical attention.

5-30% increase in heart related deaths in winter, up to 50% more MI’s (heart attacks) in winter

– from the cold, shoveling

Shovel, salt, stay active for muscles & balance, slow down, shoes with traction, bring a phone/have a plan for falls

Image by Simon Steinberger from Pixabay