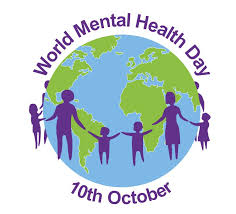 Increasing prevalence in children and adolescents.

Feeling of worthlessness, of excessive or inappropriate guilt

Loss of interest or pleasure in favourite activities

Insomnia or its opposite, hypersomnia

Anxiety is a general term for several disorders that cause nervousness, fear, apprehension, and worrying.

These disorders affect how we feel and behave and can cause physical symptoms. Mild anxiety is vague and unsettling, while severe anxiety can seriously affect day-to-day living.

Anxiety disorders affect over 3 million people in Canada. Anxiety and depression are the most common mental illnesses in the country. However, less than 50% of people with the condition receive treatment.

Anxiety is a natural human reaction to stressful situations, but becomes a condition when it frequently occurs without a trigger.

It is important to know the difference between normal feelings of anxiety and an anxiety disorder that requires medical attention.

When faced with potentially harmful or worrying triggers, feelings of anxiety are not only normal but necessary for survival.

Ever since the earliest days of humanity, the approach of predators and incoming danger has set off alarms in the body and allowed an individual to take evasive action. These alarms become noticeable in the form of a raised heartbeat, sweating, and increased sensitivity to surroundings.

A rush of adrenaline in response to danger causes these reactions. This adrenaline boost is known as the ‘fight-or-flight’ response. It prepares humans to physically confront or flee any threats to safety.

For most modern individuals, running from larger animals and imminent danger is a less pressing concern. Anxieties now revolve around work, money, family life, health, and other crucial issues that demand a person’s attention without necessarily requiring the ‘fight-or-flight’ reaction.

That nervous feeling before an important life event or during a difficult situation is a natural echo of the original ‘fight-or-flight’ reaction. It can still be essential to survival – anxiety about being hit by a car when crossing the street, for example, means that a person will instinctively look both ways to avoid danger.

Anxiety disorders occur when a reaction is out of proportion to what might normally be expected in a situation. The APA describes a person with anxiety disorder as “having recurring intrusive thoughts or concerns.”

Anxiety disorders can be classified into six main types. These include:

Generalized anxiety disorder (GAD): This is a chronic disorder involving excessive, long-lasting anxiety and worries about nonspecific life events, objects, and situations. It is the most common anxiety disorder. People with GAD are not always able to identify the cause of their anxiety.

Panic disorder: Brief or sudden attacks of intense terror and apprehension characterize panic disorder. These attacks can lead to shaking, confusion, dizziness, nausea, and breathing difficulties. Panic attacks tend to occur and escalate rapidly and peak after 10 minutes. However, they may last for hours.

Panic disorders usually occur after frightening experiences or prolonged stress but can also occur without a trigger. An individual experiencing a panic attack may misinterpret it as a life-threatening illness. Panic attacks can also lead to drastic changes in behavior to avoid future attacks.

Phobia: This is an irrational fear and avoidance of an object or situation.

Social anxiety disorder: This is a fear of being negatively judged by others in social situations or a fear of public embarrassment.

Obsessive-compulsive disorder (OCD): This is an anxiety disorder characterized by thoughts or actions that are repetitive, distressing, and intrusive. OCD sufferers usually know that their compulsions are unreasonable or irrational, but they serve to alleviate their anxiety.

Post-traumatic stress disorder (PTSD): This is anxiety that results from previous trauma such as military combat, sexual assault, a hostage situation, or a serious accident. PTSD often leads to flashbacks, and the person may make behavioral changes to avoid triggers.

Separation anxiety disorder: This is characterized by high levels of anxiety when separated from a person or place that provides feelings of security or safety. Separation sometimes results in panic symptoms. It is considered a disorder when the response is excessive or inappropriate after separation.

Treatment (as for depression)

The stigma of mental illness persists

Mental health issues exist on a continuum/spectrum.  Everyone experiences anxiety and sadness from time to time.  It is normal and sometimes adaptive (some anxiety before a race or test).

Substance abuse is prevalent.  Some of it stems from self-medication

How to help someone:

Don’t ask them to “snap out of it”

Learn the symptoms of depression

Some helpful things you can say are:

“I may not understand your pain, but I can offer my support.”

“You are a worthwhile person and you mean a lot to me.”

“Don’t give up. You can get through this.”

Take care of yourself