Sexually Transmitted Infections — STI’s are on the Rise 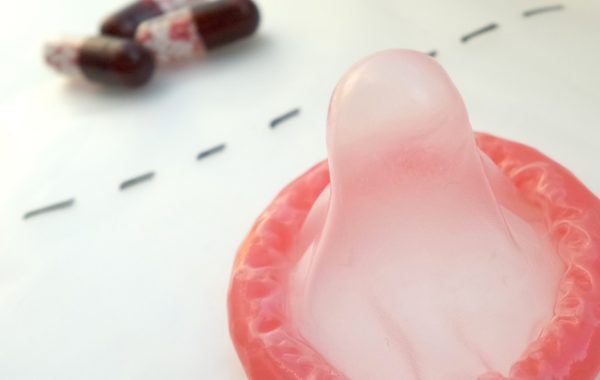 Dangerous Sex — STI’s are on the rise

Hepatitis B and C (sometimes curable),

**both chlamydia and gonorrhea may be asymptomatic in women, may

Syphilis (which, if left untreated, can cause damage to the brain, nerves,

Rates of sexually transmitted infections are continuing to rise across Canada

In general, all the sexually transmitted infections have been increasing in the last 20 years

Rates of syphilis, gonorrhea and chlamydia have climbed for the fourth consecutive year in the United States, the Centers for Disease Control and Prevention announced August 28/18 at the National STD Prevention Conference in Washington.

Last year, nearly 2.3 million US cases of these sexually transmitted diseases were diagnosed, according to preliminary data.

That’s the highest number ever reported nationwide, breaking the record set in 2016 by more than 200,000 cases, according to the CDC.

More people appear to be having condomless sex, including those in the gay community, who once were at the vanguard of safe-sex campaigns in response to the HIV-AIDS epidemic.

But with HIV treatment being so effective now that it’s essentially a chronic disease, the concern around contracting HIV has really decreased a lot and that potentially is driving the reduction in condom use.

The majority of cases are diagnosed in the under-30 age group and many of them are diagnosed at university or college sexual health clinics but there has been increasing prevalence in older adults (https://www.aarp.org/health/conditions-treatments/info-2017/std-exposure-rises-older-adults-fd.html)

With young girls and many boys in Canada being vaccinated against human papillomavirus — a major cause of cervical cancer — and changes to guidelines advising that lower-risk women be tested less often for that malignancy than previously recommended, there is likely less screening for gonorrhea and chlamydia. Such STI testing was often performed at the same time as a Pap smear.

Nationally, statistics confirm bacterial STIs are on an upward trajectory in jurisdictions across the country.

In 2015, the latest year for which national figures are available, there were almost 116,500 cases of chlamydia, the most commonly reported STI in Canada, with females accounting for two-thirds of infections, says the Public Health Agency of Canada (PHAC). Between 2010 and 2015, chlamydia rates increased by almost 17 per cent.

Gonorrhea is the second most commonly reported STI in the country. About 19,845 cases were recorded in 2015, a jump of more than 65 per cent from 2010. Males had higher rates than females, with the highest number of cases among those aged 15 to 29, PHAC says.

From 2010 to 2015, the rate of infectious syphilis in Canada increased by almost 86 per cent. In 2015, a total of 3,321 cases were reported, with nearly 94 per cent occurring among males; those aged 20 to 39 had the highest rates and men who have sex with men were among those at most risk.

While the three STIs can be successfully cured with antibiotics, untreated chlamydia and gonorrhea can lead to pelvic inflammatory disease in females, affecting fertility. Untreated, syphilis can cause damage to the brain, nerves, eyes, cardiovascular system, bones and joints. In extreme cases, it can be fatal.

There is a rare strain of gonorrhea that is resistant to standard antibiotics.  There was one case in Quebec last year.

Condom use is among the best ways to protect against infection.

Hepatitis B virus (HBV) is a virus that causes inflammation of the liver. Most people do not think of hepatitis as a sexually transmitted infection; however, one of the more common modes of the spread of viral hepatitis B is through intimate sexual contact.

Hepatitis B is a sexually transmitted disease, but it is spread in other ways, too. This is a hardy virus that can exist on almost any surface for up to one month. You can get infected through contact with an infected person’s blood or body fluids.

Hepatitis C (HCV) is spread through contact with an infected person’s blood — which may be present because of genital sores or cuts or menstruation.HCV has been detected with greater-than-average frequency among people who have a history of sexual promiscuity — which can be defined as a history of a sexually transmitted disease, sex with a prostitute, more than five sexual partners per year, or a combination of these. A person who is in a long-term monogamous relationship with an HCV-infected person rarely contracts this virus. Only approximately 2% of sexual partners of HCV-infected people also test positive for HCV.

HPV vaccine is offered to grade 4 students free of charge, both girls and boys.  2 doses (need 3 doses after age 18)

Image by FranckinJapan from Pixabay