Legal Marijuana is Coming to Canada – Know the Facts 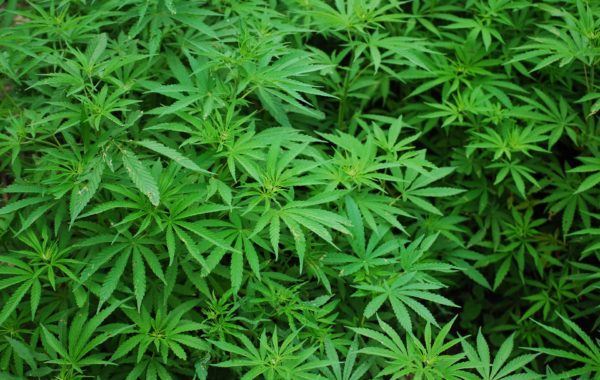 including Inhaled vs ingested

Extra – can 2nd hand smoke make you high, the legalities of cannabis use

There are 10 main constituents of cannabis (marijuana).  Of these active components, THC (tetrahydrocannabinol) and CBD (cannabidiol) are found in the greatest quantities.

THC is responsible for the neuropsychiatric and addictive properties of the cannabis plant.  It causes the high.

CBD has no psychoactive effect.  It’s processed into oils tinctures and caplets and is used for medicinal purposes.

Can cause asthma exacerbation.  Rarely angina or heart attack (risk is increased)

No deaths have been reported

Inhalation — 3-10 minutes (smoke vs vape, no smoke with vape)

Most commonly reported cluster of symptoms that brings regular cannabis users to the ER is cannabinoid hyperemesis syndrome.   (even though cannabis decreases nausea in cancer patients)

It consists of intractable nausea, vomiting, and abdominal pain.

Vomiting may last 24-48 hours and may lead to dehydration and weight loss.

Symptoms may respond to showering in very hot water.

In colorado ER visits spiked for 6-12 months after legalization but then leveled off.

Experience in places where pot is legalized — In Washington and Colorado:

Rising rates of pot use by minors

The public health impact of decriminalization or legalization of recreational cannabis use include:

In QC you’ll get a 90 day license suspension if police find any THC in your system.

Not clear how much time before it’s safe but probably at least 4 hours for inhaled and longer for edibles.

Driving stoned is not safe.  One focuses too much on one thing and is too slow to respond to sudden changes.

No clear level that is safe.

Canadian law Bill C-46 states that if you drive with 2-5 nanograms of THC per ml of blood, you’ll face a maximum fine of $1000.  More than 5 nanograms, or having a mix of booze and THC, gets a minimum $1000 fine. Repeat offenders can face up to 10 years in prison.  QC’s law is zero tolerance.

Drivers using cannabis are two to seven times more likely to be responsible for accidents compared to drivers not using any drugs or alcohol. Furthermore, the probability of causing an accident increases with plasma levels of delta-9-tetrahydrocannabinol.

Federally approved roadside police tool is Drager DrugTest 5000 — takes a saliva sample but apparently there are false positives and negatives and there are concerns about keeping swabs at the right temperature in Canada.  Other ones are being tested.

Many police forces have not ordered the devices yet.

In the meantime police will rely on a field sobriety test, which can involve standing on one leg or tracking an object with your eye, to screen for impairment.

Testing for cannabis in the body:

Urine drug screens are less helpful in adolescents and adults for the diagnosis of acute intoxication. Although testing is usually positive several hours after acute exposure it can also be positive well after symptoms have resolved. As an example, positive results for delta-9 tetrahydrocannabinol metabolites (urine test) have been reported up to 10 days after weekly use and up to 25 days for after daily use

Saliva swab test positive for 6-12 hrs after use

Blood test shows level, positive for 36 hrs after use

Urine test positive for up to 10+ days

Blood samples, which are legally binding, can only be taken if you fail the roadside test, and only at a police station.

Public health agency of Canada: “One of the things that the research clearly demonstrates is that early access to cannabis can have detrimental effects for brain development and the brain develops up to age 25.”

Several studies have linked marijuana use to increased risk for psychiatric disorders, including psychosis (schizophrenia), depression, anxiety, and substance use disorders. The amount of drug used, the age at first use, and genetic vulnerability have all been shown to influence this relationship. The strongest evidence to date concerns links between marijuana use and substance use disorders and between marijuana use and psychiatric disorders in those with a preexisting genetic or other vulnerability

Teenagers: Prolonged cannabis consumption below age 17 is linked to memory and attention issues later.  Alcohol is not better.  Young people struggling with anxiety, depression, or learning problems are more at risk of dependency.

Mental health: people at risk of mental health issues are more likely to suffer adverse effects from cannabis use

Can one get high from second hand marijuana smoke?  No.  Exhaled smoke contains so little THC that you’d have to sit in a room with 16 joints being smoked per hour to show any signs of being high.

Plans for cannabis laws in Canada once legalized:

When the Cannabis Act becomes law in October 2018, adults who are 18 years or older would be able to legally:

The sale of cannabis edible products and concentrates would be authorized no later than 12 months following the coming into force of the proposed legislation.

Under the new plan, the legal age to buy, possess and consume marijuana in Quebec will be 18 — the same as the drinking age.

Other key points include:

While saliva testing has yet to be federally regulated, the province says that police officers are being trained to detect signs of marijuana-impaired driving.

A government agency, the Société québécoise du cannabis, will have exclusive legal control of recreational use, selling the product through a limited number of storefronts and online. The province will have 15 stores ready by July 1 and up to 150 in two years.

The government said the other two proposed offences would be similar to the offences for drunk driving. Drivers with more than five nanograms of THC in their blood would be punished with a mandatory fine of $1,000 for a first offence, 30 days imprisonment for a second offence and 120 days for a third offence.

The government said the other two proposed offences would be similar to the offences for drunk driving. Drivers with more than five nanograms of THC in their blood would be punished with a mandatory fine of $1,000 for a first offence, 30 days imprisonment for a second offence and 120 days for a third offence.

Image by Rex Medlen from Pixabay